Chanel Collection for Paris Fashion Week Spring 2016. Turns out, Karl’s quite the fantasist – he can dream up a world in which air travel is glamorous.

END_OF_DOCUMENT_TOKEN_TO_BE_REPLACED

The models fashion style is not visible on ramps only, but is taken and justifiably followed in their daily lives with much ease and comfort. The off duty look dress code is simply nonchalant in nature when adopted in their private lives.

END_OF_DOCUMENT_TOKEN_TO_BE_REPLACED END_OF_DOCUMENT_TOKEN_TO_BE_REPLACED

Model Mehwish Hayat is a young talented model turned actress from Pakistan. She was born in Lahore on January 6, 1983. Her mother Rukhsar was an actress too, and Mehwish grew up seeing her acts. She got the acting inspiration and fascination from her mother.

In her childhood, she did a few commercials, along with participating in media activities. It was later at the age of 14, when Actress Mehwish Hayat’s Aunt, Sakina Samoon casted her in her serial “Wajood-e-Laraib”. This serial was a breakthrough in the life of Actress Mehwish Hayat and after its success there was no looking back for her.

She is relatively new in showbiz industry but due to her brilliant acting skills and attractive looks, she gets the attention of every one.

Mehwish initially started off as a model, and her stunning looks quickly took her to the forefront of the industry. Her brown eyes, tall height, and charismatic face beauty became her lucky charm to get entry into the modeling world.

Model Mehwish Hayat is not only recognized in Pakistan but she has got an international fame as well. She didn’t achieve success overnight, but as a result of constant struggle and hard work. Model Mehwish Hayat participated in several fashion ramps, editorial magazines, and fashion shoots to make a name in Pakistan’s modeling industry.

Model Mehwish Hayat touched every genre of fashion and showbiz industry which takes years to get access but she has made it in just couple of years. As a model, she has appeared in TV commercials and billboard campaigns for some of the biggest brands including Habib Oil, Coca Cola, Peek Freen’s (Sooper and Chocolate & Lemon Sandwich Biscuits),TANG Juice, Gul-Ahmed, Colgate Toothpaste, Olper’s Milk, Brite Total, Dawlance Cooking Microwave and Dettol Soap etc. Model Mehwish Hayat is still recognized as one of most top talented models of Pakistan.

Model Mehwish Hayat’s success after making a name in Pakistan’s modeling industry, made her to step into drama industry to prove her acting skills in front of her fans and audience and to get recognition by the name of an Actress Mehwish Hayat.

Though her acting instincts were inherited, but Mehwish left no stone unturned to make her best in achieving her desired place. Actress Mehwish Hayat has acted in several plays. The most popular plays which took her fame to another level are Aakhri Saans, Gulaabi Sarhi and Aulaad. From glamorous to whimsical, from women centric roles to real life reality characters, Actress Mehwish Hayat has been super sensational and highly convincing in her delivery of expressions, feelings and in full avatar of the assigned character.

Actress Mehwish Hayat has been extremely careful and choosy in her selection of a role, she performs. This shows her deep interest and focus on content’s originality and productivity of the character she choose.

Model Mehwish Hayat is not only f amous nationally but internationally as well. She has been voted the ninth sexiest Asian woman in the world, by UK’s prestigious Eastern Eye magazine in their annual list of the year 2008 and also 2009. This is due to Model Mehwish Hayat’s part of the “Yeh Hum Nahi”, Anti-Terrorism Campaign, representing Pakistani youth all around the world through its commercials & interviews, condemning terrorism, and putting the right image of her country and its people in the eyes of the whole world. Be it a Model Mehwish Hayat, or an Actress Mehwish Hayat, it is sure that people strongly admire her skills and talent, and she is considered as the most favorite personality nowadays.

We know her as the stunningly refined brunette beauty at the heart of hit series, Modern Family. But everybody’s got to start somewhere, and it turns out that Sofia Vergara was already turning heads in her twenties… even though her own was a decidedly different hue. Mail Online has exclusively obtained shots of the Colombian beauty, now 41, in a 1998 bikini shoot which took place in Miami just after she moved to the United States. Back then, Sofia was just 26… and already comfortable in her amazing skin.
Bronzed and blonde, the beauty sports some tell-tale’90s  pearlescent pink lipstick and brown liner… but everything else about Ms Vergara is recognisably timeless. Back in ’98, Sofia was already mom to the then six-year-old Manolo, conceived with her childhood sweetheart, Joe Gonzalez. The pair married when she was just 18 but divorced in 1993, when Manolo was just one. After becoming a single mother, Sofia studied pre-denistry in her native Columbia for three years but moved to Miami when she was offered modelling work.
Sofia also wanted to get herself and Manolo away from the continuing unrest in Columbia after her old brother was murdered during an attempt to kidnap him. The beauty brought her mother and sister to the United States with her, too. The shoot dates from the same year as her brother’s death and was likely one of her first assignments on US soil.
Little did the multi-award winning actress know what the move would offer in the long run. 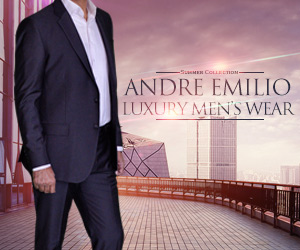